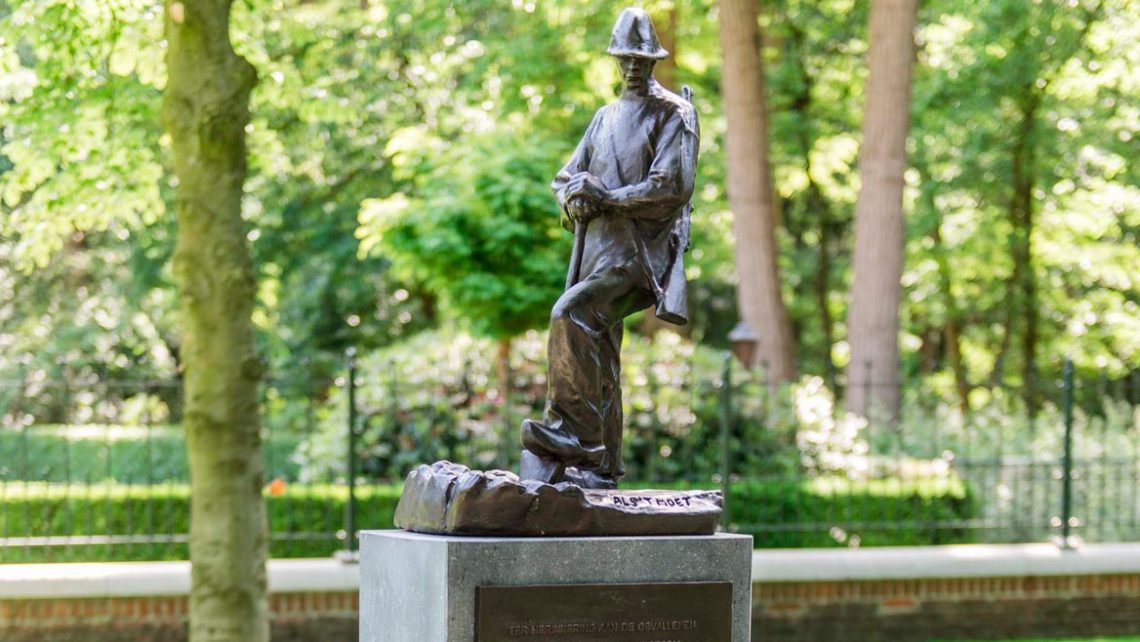 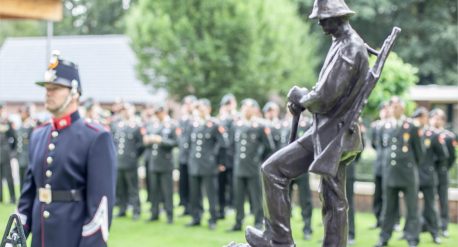 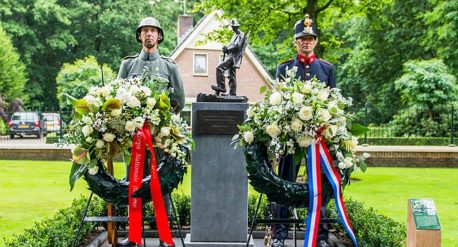 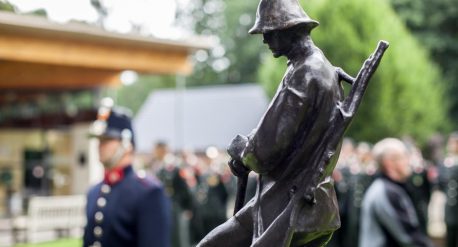 Special about this statue: The statue has a special history that is worth telling. In 1923, on the occasion of the anniversary of the Voluntary Landstorm, the wish arose to have a statue made. The necessary funds were found, on which sculptor August Falise was commissioned to create. One of the first Inspectors of the Voluntary Landstorm, Colonel Fabius, had previously drawn a drawing of a 'digging farmer', a farmer who clearly works the land with a shovel in hand, but wearing a gun over his shoulder. The statue was officially presented to Mr. Duymaer van Twist on November 13, 1923. The statue caption read "If I have to ". The bronze statue expressed "the digging countrymen with the gun hung over his shoulder, according to the motto. In times of danger it is necessary to stop peaceful labor in order to stand firm for the defense of Crown and Fatherland. " The inscription –‘If I have to’ was the credo of the volunteer: besides civilian, also soldier. The original statue was lost in March 1945 during the Allied bombing of the Bezuidenhout in The Hague, where Duymaer van Twist lived. Decades later, the statue surfaced at Mr. Fred Bennink in Gouderak. It turned out to be in possession of the original test model. He had inherited this copy from his grandfather, G.F. Boulogne, secretary of the National Landstorm Commission, who in turn received it from Mr Duynmaer van Twist in recognition of his services rendered. The statue was made available by Mr. Bennink to the Landstorm monument project group of the National Reserve Corps. The test model was digitized, enlarged and executed in bronze at Mr Bennink's location
Response: On August 4, 2015, the monument with the great ceremony was unveiled at the national graveyard De Grebbeberg. As a special token of appreciation, PhotoSculptura was thanked during the disclosure speech by Commander Colonel Gerard van der Thiel. Furthermore, appreciation is also apparent from the following statements on the Internet:
Previous Next