In 1999, the Botterwerf Huizen Foundation was established. One of the aims of this Foundation was to be “facilitating the maintenance of classic ships”. Construction of the yard could start in 2007 and construction was completed in 2008. On March 26, 2009, the first botter, the Janus Kok HZ 108, was slanted. At the end of 2011, there was a difference of opinion about the exploitation and this led to the Municipality of Huizen taking over the yard in October 2015, partly for the purpose of housing the Huizen Botters Foundation.

This plaque was made on the occasion of this transfer. The plaque was unveiled on October 2, 2015 by Jan Geesink, SBH chairman and initiator, and Alderman Marlous Verbeek. 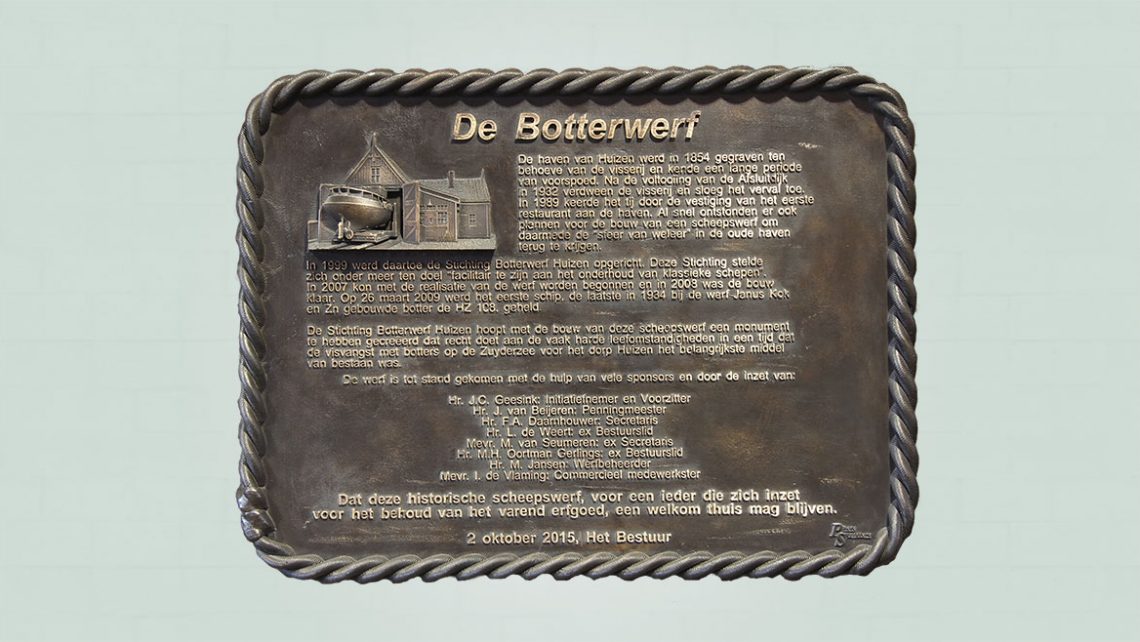 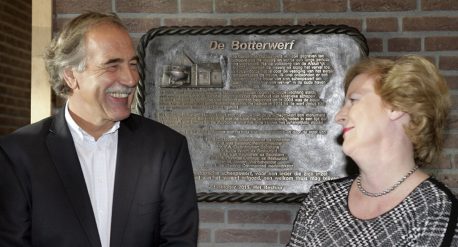 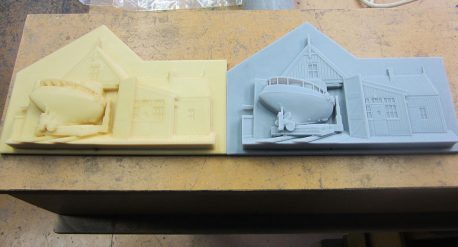 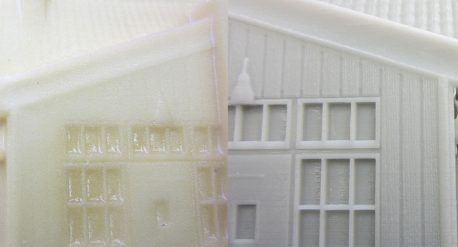 Something special is going on with this plaque. During the transfer, it is contractually stipulated that the text must remain "visible and unchanged" as long as the building is there. This claim arises from previous disagreements about the use of the botter yard. Hence, the "history lesson" on the plaque.
The design of the plaque consists of a bas-relief of the Botterwerf with text surrounding it. After 3D printing of the wax model, it was found that the quality of the bas-relief was inadequate. It was therefore decided to reprint this part with a different technique. The pictures below show the differences well. Response: The plaque hangs and looks great! Thanks for the collaboration.
Previous Next