The son-in-law has formally taken over the grass and plant trading company. The father-in-law wanted to take a step back to spend more time on his family and other hobbies. Son-in-law and daughter came up with the idea to thank the father with a plaque for this beautiful opportunity. 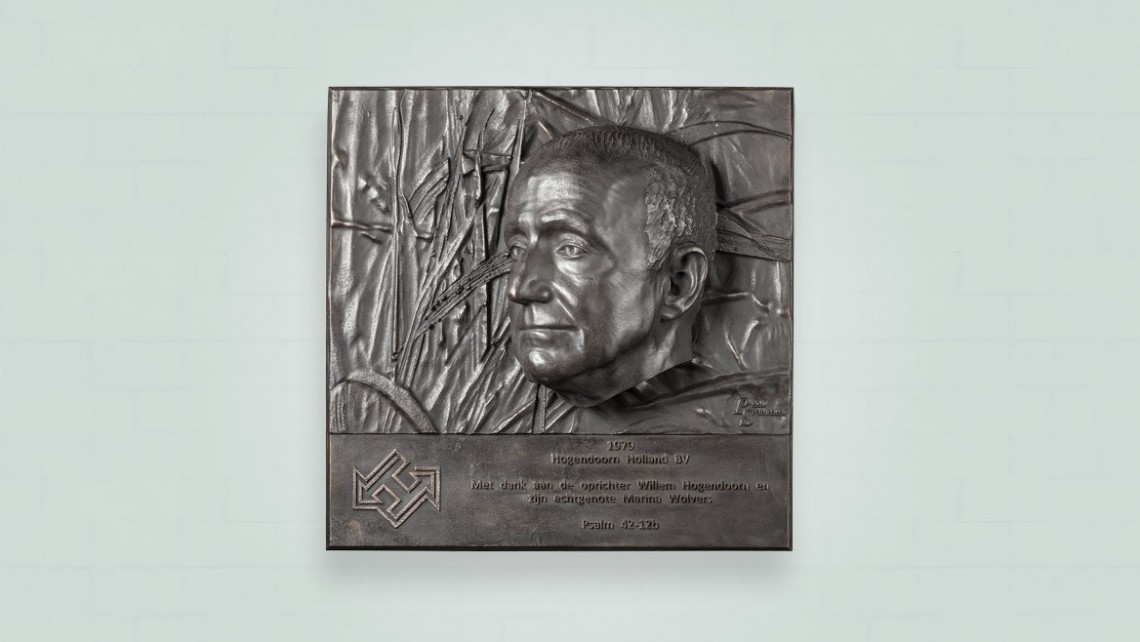 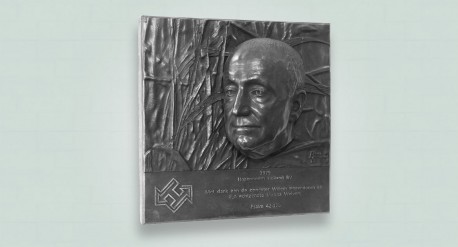 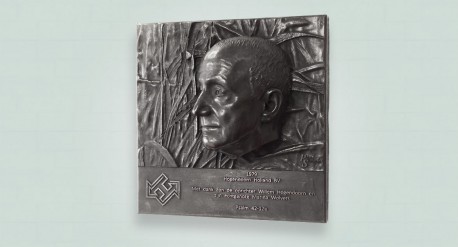 Special about this plaque: In addition to depicting his father-in-law, he also wanted to portray the story of the trading company. In the background, you can see a type of grass, the most successful product "Imperata cylindrica, also known as the 'Red Baron." Furthermore, the logo is placed at the bottom. In addition, a suitable text has been cast in the plaque, including a word of thanks to father and mother. The plaque is now in the commercial building. Father-in-law looks to the right, just towards the incoming light in the room. This stray light makes the portrait separate from the background.
Response: The parents-in-law consciously went through the entire process, from design to disclosure. All of them (father, mother, daughter, and son-in-law) have enjoyed the bronze casting. Father, as a real merchant, managed to get hold of an old crucible in the foundry. The plaque has now been given a nice spot on the wall in the office building. The crucible was given to its daughter and now functions as a plant pot, recalling a unique experience.
Previous Next